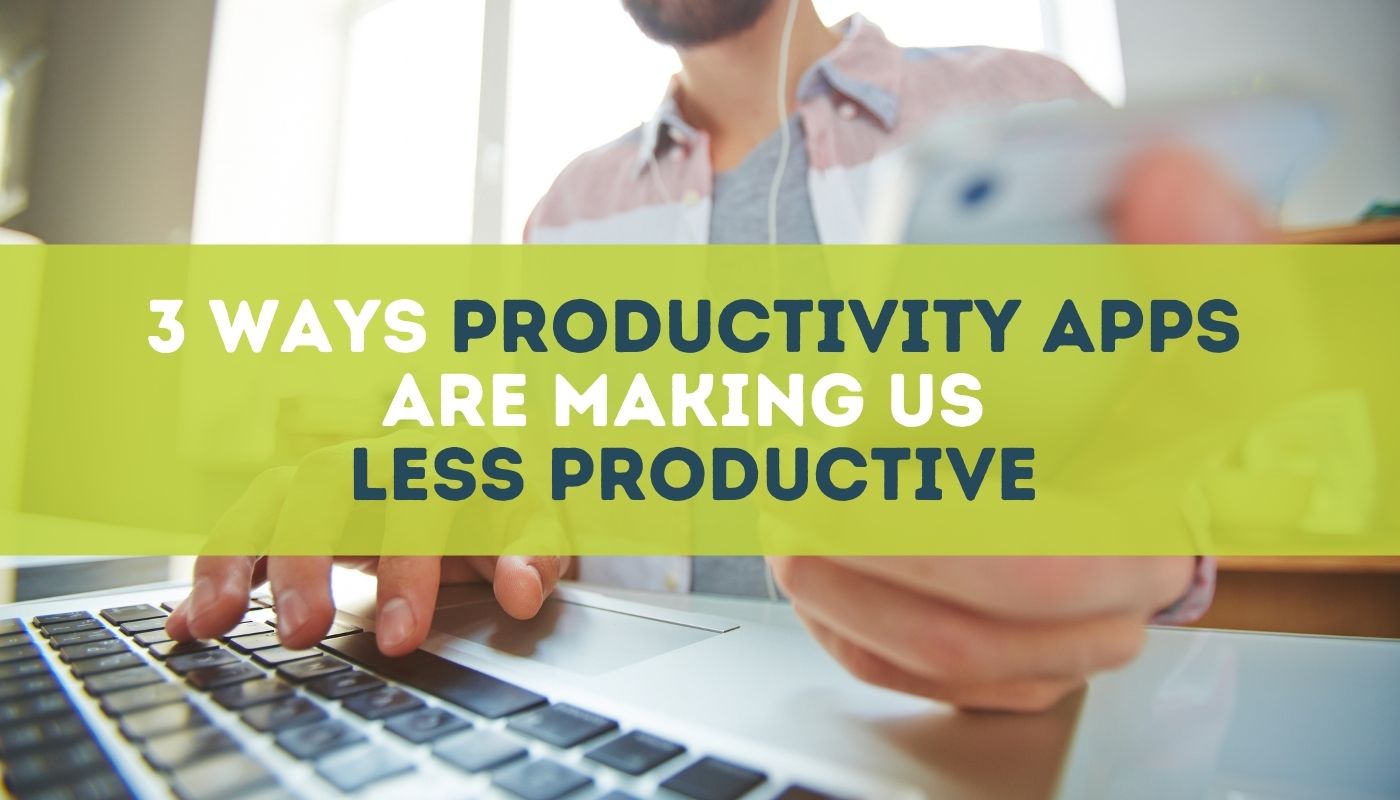 Productivity is a buzz word that’s been thrown around so much in the last few years that it’s almost lost its meaning.

Get up early, go to bed late, and cram as much as you possibly can into those hours in between.

Then brag about it.

When did busy become a badge of honor?

Shouldn’t being more productive mean we actually have more time to do…well, nothing? Or at least something we want to do and not something we need to do?

We became so obsessed with being productive that we forgot why we were trying to get more done in less time.

If you’re just cramming that free time with more work, you might be missing the point.

But don’t blame yourself. It’s easy to get caught up in hustle culture and believe that your value is somehow attached to your productivity. Especially when there’s literally thousands of apps developed to help you be more productive.

Need help managing your to-do list? There’s an app for that.

Need help managing your inbox? There’s an app for that.

Need help managing your calendar? There’s an app for that.

Need help managing your communication? There’s an app for that.

There are thousands of apps meant to help you increase your productivity, but studies show that productivity apps are actually killing productivity.

A study of nearly 5 million work hours discovered that, on average, teams use 35 apps and switch between them more than 1100 times per day. The context switching alone is a massive productivity killer that can easily eat up hundreds of hours every year.

Maybe you’re thinking, “there’s no way I use 35 apps a day”, and maybe you’re right. But do you know exactly how many you’re using? Count them and you’ll probably be surprised by the number.

The next time you download an app, ask yourself, “is this worth the amount of effort it’s going to take to set the app up, learn how to use, and use consistently?”.

The same study shows that employees are performing 134 copy-paste actions per day in the transfer of information from one app to the other.

Assuming it only takes 5 seconds to copy/paste, that’s still a massive 46 hours lost every single year to data duplication. And that’s just for one person! Multiply that by a team as small as 10 and your company has lost 460 hours to a function as seemingly simple as copy/paste.

Before you hit download on the next app, ask if it will integrate with your existing apps to allow the transfer of data.

With so many apps, it’s nearly impossible to keep track of where everything lives, especially if you don’t need to access it on a daily basis. This study by Cornell University indicates that searching for information between various apps can waste as much as nearly an hour every single day.

Again, while that may not seem like a lot at first glance, multiply that by 200 work days a year multiplied by 10 employees and you’ve lost more than 2,000 work hours.

Does all of this mean you shouldn’t be using productivity apps? Absolutely not. There is real value in apps that make our lives easier and more productive. But maybe we don’t need all of them.

I can’t tell you how many apps you need, that’s up to you and the needs of your business, but what I can tell you is to be more intentional about the apps you choose. Make sure they’re solving a real problem and, if possible, that they integrate with your other apps to eliminate the need for a transfer of information.

Less really can be more in this scenario, which is exactly why we created Pav*r as an add-on to your Google Calendar. We know that so many of you are already heavy calendar users and we just want to make that experience better by providing you a way to not only collect additional information from your calendar entries, but actually get it out of the calendar and into a useable Google Sheet where you can analyze that information and make better, more informed decisions, about what to do with it.

We can’t create more hours in the day, but we can decide how to use those hours.

Ready to plan your next 90 days?

Download our free workbook to get started planning your next quarter!

This website uses cookies to improve your experience while you navigate through the website. Out of these cookies, the cookies that are categorized as necessary are stored on your browser as they are essential for the working of basic functionalities of the website. We also use third-party cookies that help us analyze and understand how you use this website. These cookies will be stored in your browser only with your consent. You also have the option to opt-out of these cookies. But opting out of some of these cookies may have an effect on your browsing experience.
Necessary Always Enabled
Necessary cookies are absolutely essential for the website to function properly. This category only includes cookies that ensures basic functionalities and security features of the website. These cookies do not store any personal information.
Non-necessary
Any cookies that may not be particularly necessary for the website to function and is used specifically to collect user personal data via analytics, ads, other embedded contents are termed as non-necessary cookies. It is mandatory to procure user consent prior to running these cookies on your website.
SAVE & ACCEPT